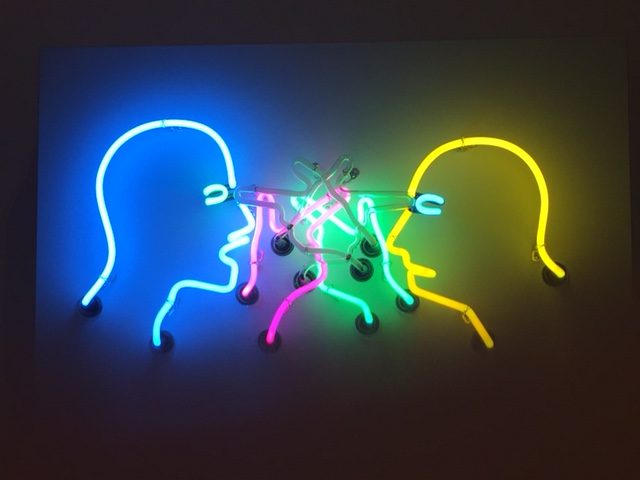 Two weeks to half term – and how are the fuel reserves? And what issues do you have brewing with your pupils? Their parents? Your colleagues? Your superiors?  Where might you be finding yourself hijacked by other people’s agendas? Other people’s ’emergencies’? This winter lockdown has dragged on without much reward – and with a somewhat conditional extension to March.  Many of us are bored by the lack of variety, the lack of being with each other in the moment. How I miss school dinners as I cobble together something vaguely fresh and palatable in between school sessions. And providing training whilst multi tasking as my daughter’s home-based teaching assistant and cheerer-up-in-chief is proving extremely stressful the longer the whole deal goes on. Our window of tolerance has gradually inched closer and closer shut and misunderstandings abound.  The capacity for mis-hearing each other is sky high when we are stressed out…our inner narratives of deficit, feeling unrecognised, underappreciated shout loudly.  Last week, me putting off my in-laws bringing a gift round reached them as inflexible ingratitude, whilst I banged my head against the wall from not understanding why they seemed so insistent and inflexible about bringing round said gift, when our daughter was so stressed out and needed to be out of the house on a promised bike ride. Basically we were both pressing ‘send’ and no one was receiving.   For many of us, this term is peppered with parents’ evenings. Spring time is also the time when vacancies occur, roles and responsibilities can be re-aligned and serious discussions about the future start taking place.   So what can we do when we are put on the back foot in a conversation? When a conversation spins a little out of control and becomes combative, pressuring, emotional?

Whilst all this has been writ large in my personal life, in my professional life, I have been delivering various masterclasses on how to have difficult conversations, focusing on the skills of self-management and approaches to preparing for critical conversations…

There’s loads of theory and armloads of books out there on how to have difficult conversations. And boy, do we have’em as teachers in school life. It’s something that can cause a great deal of stress – and even contribute to burn-out when teachers feel they have had to capitulate, or felt undermined or over-ridden when conflict has occurred.  Anger leaves a toxic residue that can last years.   What I want to share with you is a technique called mirroring.

Mirroring is part of a change of mindset that reduces the pressure on you – and helps neutralize the negative energy when a point of conflict blows up in your face…  RECOGNISE – you’re in a crucial conversation. The stakes are high (they’re always high in a school context), emotions are running high, and your opinions are at odds…  What you are aiming for is finding COMMON GROUND so that you can come to a point of understanding and move into collaboration.  It’s all about fighting to learn, instead of fighting to win…  And it’s the game changer that can turn the wrestling match into a dance.

The practice: Mirroring is used in the world of crisis management by hostage negotiators: Martin Richards of Like Minds and negotiation4you and Chris Voss of Black Swan Group Ltd speak about this as a tool to engage with someone in order to influence them when the stakes couldn’t be higher.   It’s all part of gaining a rapport. When we have rapport with someone who is angry, aggressive, threatened, upset, blaming, we will see that they become more likely to listen, less likely to cut you off in conversation. They will answer questions, declare their emotions, and start to show a willingness to give back.  Mirroring is all about getting in sync. Getting on the same wavelength. We do this naturally and non-verbally when we are in-person. But right now that’s not really an option when we are working head-shot to head-shot. We are in each other’s daces on-screen. So it’s easy for body talk to look like fight talk.   Mirroring in language is using the last few words that the other person has used, and turning them into a question. It engages and keeps the conversation going by inviting the other person to expand or clarify in a non-threatening way. It’s beautifully simple and powerful – and it takes the heat of you trying to find the combination of words that will be the silver bullet…  It’s a form of listening out loud to build empathy. This enables us to get into the psychology and emotions of the other person. Why is this important?  Emotions are the basis for most of our decision-making. When people are emotional, they are irrational. So your first job is to come out of defensiveness and into de-escalation mode.   With mirroring, you are looking to give a response that has a similar volume and rhythm. You need to self-manage in order to get the intonation and pace right. If someone is right up there emotionally and you come in with zen calm, it’s going to irritate. This matching is called attunement in the therapeutic world.

You are, however, wanting to slow the pace down, but in a way that is sensitive to their energy. It’s like neurolinguistic programming – pacing and leading. You want to talk to them just below the emotion where they are at and you then steer them down until they are where you are .This means you are reflecting the urgency of their case to a degree – and then bringing the situation under control.  Mirroring is not about making your case. It’s engaging with the other party so that they feel engaged and will invest in the process. Your job is to get them talking, by listening closely, arguing to learn rather than to win…  Feeling and being seen and heard is soothing, and will help de-escalate the hostility or anxiety around conflict. At the same time, mirroring will encourage the widening and deepening of the pool of information between you. Once you know what is driving someone, acknowledge it and show your respect for it, then you can start to exert some influence…As Covey said, seek first to understand, then be understood.   The process:  Use the last 3 words or the last word that the other person said, and turn it into a question.  Watch your tone of voice. You’re trying to get more context – so harness respectful curiosity, deference, slight confusion…  Use dynamic silence. Let the question land without intrusion or hedging. It gives them a chance to check in and reflect….without you having a ‘Do you want to put that in writing’ type of edge.

Mirroring is very helpful to take the heat off yourself when you are caught off-guard. It gives you a break, keeps them talking, and gathers you more information.   It builds rapport by inviting them to elaborate, use different words…you are encouraging them to speak. The vast majority of the work of dealing with an angry or upset person is allowing them to vent, express their feelings. The object of emotion is completion. Their volume control will only be turned up if it appears you are trying to control or shut them down. Let them complete. It’s tiring when there’s nothing fighting back -it allows the hostility to get out there and subside.   Practice, practice, practice. It’s a great tool in class as well, for getting the kids to go a bit deeper in their answers. Again, tone of voice matters. It needs to be inviting. Tone of voice is a deal-breaker. You can say the perfect words in the wrong tone of voice, and they won’t be heard.   Chris Voss references UCLA research from the 70s that revealed that a mere 7% of our attention foes to content, 37% tone, and 55% body language. Tone has 5 times the weight of the words themselves…In the current world of Zoom / Teams / Google Meets, the tone of voice quotient will be more than the regular 5 times increased potency. Make sure you sit back so a little more of you is visible – avoid going nose to screen…!

So whether you are negotiating your contract, or persuading an upset parent to come alongside you in the service of helping their child, or delivering some home truths about current working performance and seeking accountability…consider mirroring….You may find yourself on the back foot with your boss in a meeting or a parent consultation. Slow the pace down by getting some reflection on the key points by mirroring, clicking on the hyperlinks of key words…You may find yourself in a conversation spinning out of control with short fuses at home…having merely asked your partner or child for help in taking out the bins…slow it down, lean into listening, find out what’s really at stake behind the explosion…in the service of better dialogue. GO FOR IT! Practice in low-stakes conversations and have it in your weaponry for when the proverbial hits the fan…With love and gratitude,Emma.PS – Consider a coaching session or two to tune up your difficult conversation skills, and dial down the stress that associates with them for you…Contact me if you or your team would like some training….