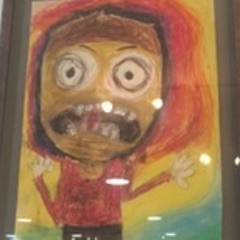 The Gentle Art of Delegation

A guide for parents, teachers, and school leaders.

Aargh! Ever felt like you’re doing EVERYTHING? For EVERYONE else? Ever felt you’re alone with the load at home or at work?   We’ve all heard the phrase ‘less is more’  – but man…there’s always more to do…? And somehow it tends to fall to YOU to do it…and that seems to be the default….

Family life, like school life, can be pretty reactive…At home we’ve got all sorts of established habits and patterns in our way of being. Plus we tend to do most of out functioning at home after work and school – so we tend to be less strategic, and more prone to being in our default modes.  At school, not unlike family life, there are frequent changes and disruptions, trips, concerts, rehearsals, illnesses, upsets. Competing and changing agendas. Like in a family, there’s a hierarchy as well as good and bad teamwork, good and bad relationships.  We have super-busy departments, super-busy teachers who are doing duties, extra curricular clubs, preparation, marking, meetings…And just like at home, the same people end up loading and unloading the dishwasher, metaphorically.  This is often particularly true of pastoral leads who have great teams of committed – (and some less committed) tutors…Nevertheless, heads of year, house masters and house mistresses quite often tend to do the bulk of the pastoral meetings and family liaison.  So what’s going on? We know that it would help us to have willing hands on deck. Why do things always end up falling back to us?

One of the first things to do before looking at practical ideas, it’s often a good idea to start reflecting on what we’re bringing to the dynamic. I have written before about my ‘Atlas’ complex…where at core, I know that it makes me feel strong and powerful to be at the hub of the wheel. I like doing things for other people.  Like many working parents, I often feel a sense of deficit – of guilt. My own Mum was a housewife and did EVERYTHING for us…all we were expected to do was work hard and bring the academic trophies home from school. So popping in to M&S on the way home to magic up a treat supper of Chicken Kievs and triple cooked chips is an easy win. A way of showing my love and contributing to the Quick-win economy… ‘Can’t buy me love’ Eh? Well my sparks card tells a different bloody story!  But truthfully, when I really do the work on myself, there’s a shadow side to this altruism. I like being at the centre of things, being the one to ‘save the day’. Who pulled a really good supper out of the bag. Who thought to go and get just the right X, Y, Z treat from the shops. Who brought order to chaos. Who let everyone else have a bit more time to relax…Who descaled the bathroom and…let there be light and order!  And yes – I recognise bringing the same dynamic to my leadership when I was a Head of Department, Pastoral Lead, and Deputy Head. I would concoct schemes of work, strategies, draft projects, write policies, deliver assemblies, pick up the phone, drop everything to console a distressed child, parent, colleague…Ta Daaa!  It was great When it was great. I felt magnificent. But burnout and illness were never far away. Many holidays were spent recuperating rather than refreshing from term. Most crucially, helping other people and rescuing situations doesn’t help you work WITH – truly WITH other people. I can remember bridling when my lovely shiny policies would be discussed…yes discussed at meetings. Sure I’d sashayed in, requesting feedback. What I really wanted was unconditional affirmation and the green light to go ahead. I didn’t REALLY want other people’s ideas – or to change my own!  The problem is, it’s self-sabotaging. ON good days we feel generous, and it feeds our hero narratives. On bad days, it fuels persecution and martyr narratives about other people’s neglect, laziness…BUT ALSO it grows disengagement and learned helplessness of other people in our teams and in our core relationships. Not globally – but definitely in some of the well worn tracks of our habits.   So here I’m going to think about why delegation is such hard work – and what we can do about changing that dynamic.

I hope some of this might resonate with you this half term, and that you’re able to make some use of the spaciousness of this pause in our routines to think about changing the dynamics and reframing delegation…to look a little more under the bonnet about what else might be getting in the way. There’s so much more at stake than just time…it’s also about relationship.One of the most ground-breaking books I read when I was doing my psychoanalytic training was called ‘Lost in Familiar Places’. It took me longer than I should to get the pun in the title. But essentially it was unpacking the way in which people in family groups can get stuck in their relationships. Defined by past patterns and habits…some of which had been outgrown…Or the ways in which people can be lost in the patterns of their ways of being in the home – in their close relationships. I think particularly of the skill and power with which Alison Steadman depicted this in the electrifying first episode of the current TV series ‘Life’. I think also about these same patterns and scripts in the workplace…where you have a Spice Girls kind of team profile…The dynamic one, the grumpy one, the show-man one…the hero, the main-stay. The problem is in times of uncertainty and threat, we tend to stay with these patterns more and innovate and connect a lot less…So at work, it is more important we double down on this one.We all need safety, connection, and satisfaction – the latter meaning a growing sense of mastery, of growth. When our groups are static, it may seem safe…but it erodes connection and ultimately satisfaction. It ends up infantilising and stunting because it doesn’t have the scope to grow, like a plant that is outgrowing its pot. So if you’re busting your ass raising a lazy teen or an entitled toddler / demanding child…or if you’re burning yourself out keeping the status quo at work…take some time to reflect, grow the vision, and then take it out to grow the good in your connections with family, with colleagues. AS always, with love and gratitude,Emma..P.S. If you recognise some of the self-sabotaging elements I’m talking about, and would like coaching, or training for your teams, please get in touch…